South Africa’s newest stock exchange, A2X Markets, this week said it was expecting more bluechip companies to list on its platform after energy and chemical company Sasol said it will have its secondary listing on the bourse this week, taking the exchange’s market capitalisation to more than R2-trillion.

The exchange, in which Patrice Motsepe’s African Rainbow Capital has a 20% stake, has listed 33 securities including Naspers, Standard Bank, and Sanlam since launching two years ago.

Kevin Brady, CEO of A2X, said the impending listing of Sasol was a great start to the year for the exchange and that companies were seeing the benefits of a secondary listing on the new exchange.

“We had 17 securities list last year, 11 the previous year and I would anticipate that we will have new listings in the region of 20 companies this year,” Brady said.

“Starting an exchange to compete with an incumbent that has been a monopoly for 130 years was never going to be easy but through the use of technology, experienced team and support from many industry players, we have managed to overcome the many barriers to entry.”

We have overcome many barriers to entry

Sasol, which is valued at R166-billion on the JSE, is also listed on the New York Stock Exchange. Sasol chief financial officer Paul Victor said the firm would list on A2X.

“Sasol’s decision to list on A2X is part of the company’s commitment to continually find ways to increase value for shareholders as well as provide them with a variety of trading venue options,” Victor said.

The JSE is by far the biggest exchange on the continent, with nearly 400 companies listed and a market capitalisation just shy of R15-trillion. A2X strategy has been to target big companies with a primary listing on the JSE to have their secondary listing with them.

Having numerous exchanges is not unique to South Africa.

India has 21 stock exchanges, while China and Russia have four each.

A2X has by far enjoyed better success than ZAR X and 4AX, which are currently embroiled in a legal battle.

On Wednesday, 4AX lost its legal bid to have the registrar of securities services’ decision to grant an exchange licence to ZAR X set aside. 4AX said it was considering appealing the decision. 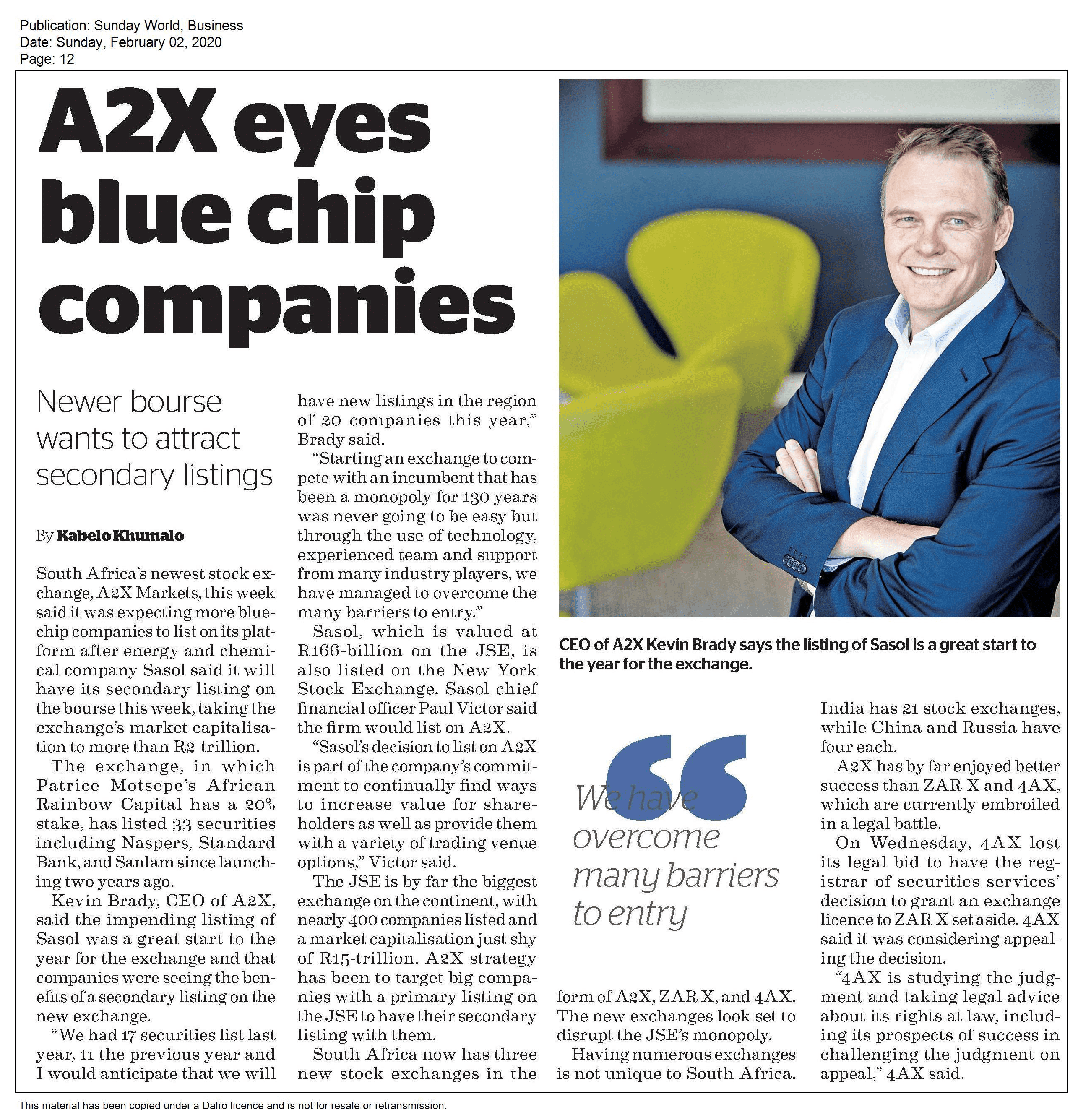 TymeBank and TFG new partnership to allow you to buy now, pay later